One of my favorite things about twitter is you get a little bit of everything. You get everything from the cold hard truth, to the encouraging, to the “I can so relate”, you get the sassy, the hilarious and the real. So without further adieu check out our favorite dance tweets for the week of February 1st.

you don’t prepare for competition by hoping the other teams aren’t gonna be good. you expect them to be great, and you work to be greater.

When you wake up comp morning, treat your mom/dad w/respect. Don’t take your nerves out on them. They’re paying for you to dance. Breathe.

If you want to be the best, compete against the best – not a level below where you should be. #DanceTchrProbs

Tomorrow is my mom’s birthday and instead of going out she’ll be at my competition for 6 hours.????♥ that is true love #Dancemomprobs

Nova’s teacher told her as soon as she’s consistent with her illusions they’re going in the dance. WELCOME TO ILLUSION HELL CHILD #dancemom

It doesn’t matter what level you’re in, how hard you work and how much you want it is what matters. #Dancer #DanceTeacherAdvice

Tonight was wonderful..So many wonderful pieces by some incredible studios… Everyone cheered for everyone. Thank you @gonuvo ..now 2 sleep 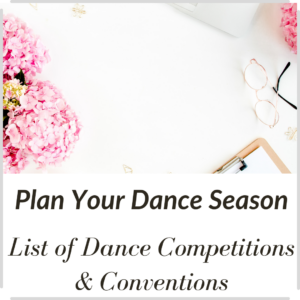